Some of the grossest, most disgusting pests that invade American homes today are also some of the most common – the infamous cockroach. Cockroaches are not only extremely common but are some of the most challenging to get rid of. Thanks to their seemingly bullet-proof shell, they can often survive all the methods that would normally kill other pests. American Cockroaches are especially bad, due to their size and boldness, and here in Texas, they seem to grow bigger and bolder than anywhere else in the country.

Some of our customers have even used almost a full bottle of pest killing spray on a cockroach, only to watch the nasty critter waltz away like it had been refreshingly spritzed by water on a hot summer day. Even if you manage to stomp on a roach (a disgusting crunching and squelching process that makes you cringe just to think of it), you will only succeed in spreading its eggs around in your carpet and in the cracks of your floors. This is why you need to immediately contact Family Pest Control LLC for support in eliminating the American Cockroach in San Antonio.

Call us today at (210) 762-6991 to get a consultation with our credited experts before your home is overrun with roaches. 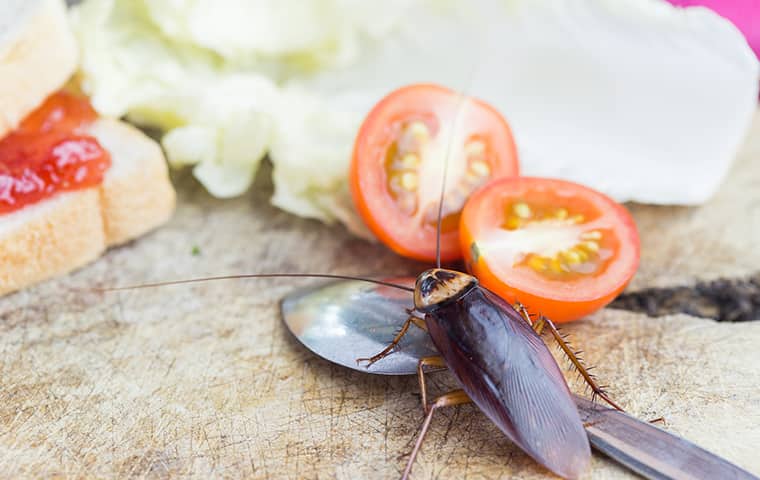 The world is filled with over 4,600 types cockroaches creeping and crawling throughout homes, businesses, storage buildings, streets, alleys, and gutters. Any dark, moist space is a perfect place for one of these thousands of roaches to dwell. However, San Antonio is especially plagued by a couple of pervasive roaches, one of which is the American Cockroach.

American cockroaches are known for being some of the largest species in the world. One of the nicknames for this creature is that of the “palmetto bug,” since it could often be found hiding in palmettos, but when you see the size of this roach, the dainty term of “bug” definitely dos not fit. American cockroaches can grow to be almost three inches in size and can reach a large girth as well, depending on what kitchen scraps they are glutting themselves on the minute you turn out the light.

These reddish-brown pests can be identified by the sinister figure-eight pattern located right on the back of their heads, reminiscent of the infinity sign. Thanks to our team’s aggressive approach, however, the infestation of the American cockroach will definitely not be infinite in your home.

Dangers of the American Cockroach in San Antonio

There are several types of harmful risks associated with American roaches. Since they specifically are attracted to human food, they constantly cause contamination of the breakfasts, lunches, and dinners you are eating. Not only do they simply touch your food, but they defecate, regurgitate, and lay eggs all over your food and even your living spaces. This is horrific on its own, but in addition to this, cockroaches also spread a host of parasites and bacteria from inside them.

Some of the health risks you could be passed from an American cockroach include:

Contact us now at (210) 762-6991 so Family Pest Control LLC can help support you in getting rid of American Cockroaches in San Antonio.